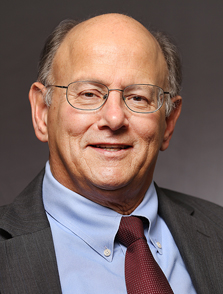 George Camerlengo, Of Counsel with Gray•Duffy, has more than 40 years of experience as a civil litigator in the Bay Area. He specializes in employment litigation matters, including wrongful termination, discrimination, retaliation, harassment, and wage and hour claims, representing both employers and employees in the public and private sector.

Mr. Camerlengo obtained his Juris Doctorate from University of San Francisco School of Law and his Bachelor’s Degree from Villanova University.

He served a one-year clerkship with the late Honorable Preston Devine, Presiding Judge of the California Court of Appeal of the First Appellate District. Mr. Camerlengo then served as a civil deputy district attorney for the County of San Mateo for nearly 10 years, handling civil rights claims, employment disputes, and constitutional claims in both state and federal trial and appellate courts on behalf of San Mateo County, and other public agencies and school districts.

While in private practice, he has served as a San Mateo County judge pro tem, as well as a county hearing officer in educational matters, housing disputes and retirement board cases for the County. During his career, he has tried approximately 20 cases to verdict, as well as court trials, appeals and, administrative hearings, and successfully settled hundreds of employment disputes for his clients.